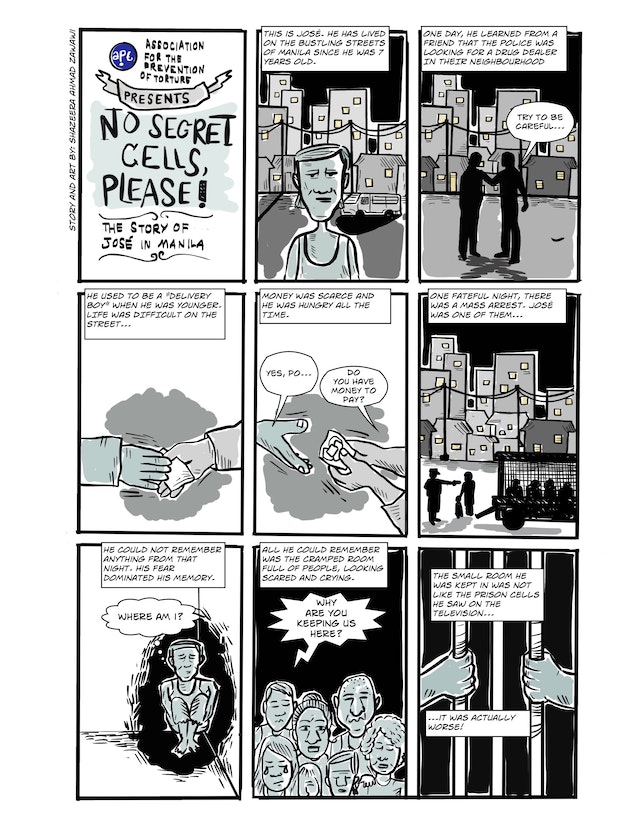 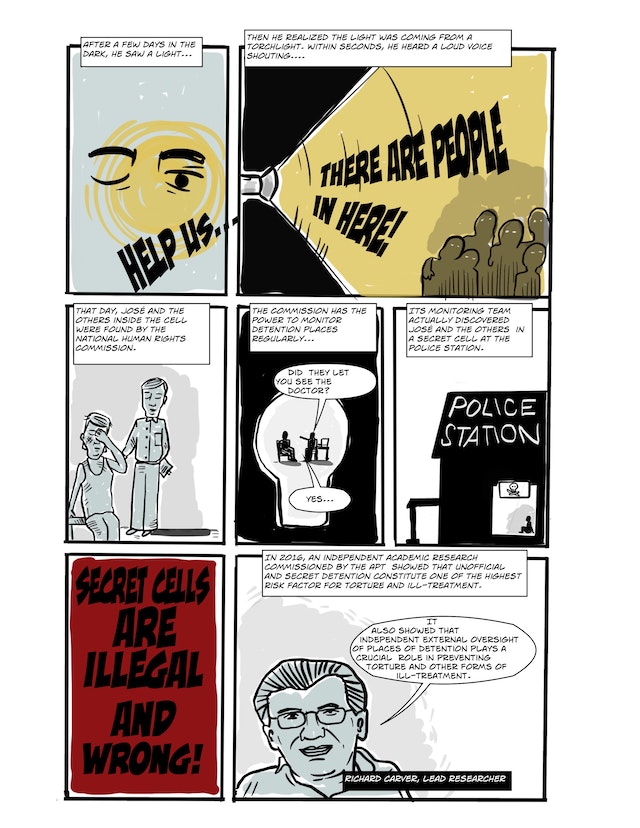 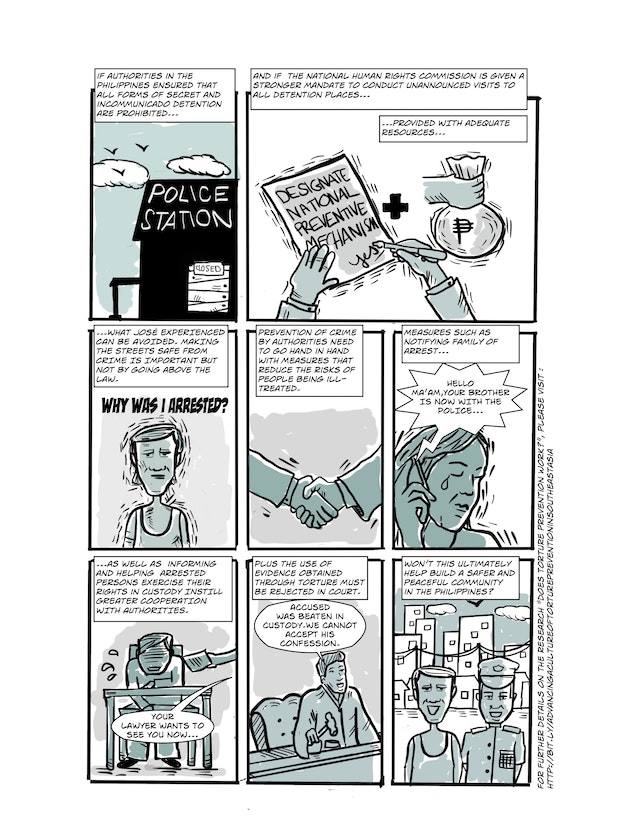 “No secret cells, please” was inspired by the discovery of a secret cell by the Human Rights Commission of the Philippines in a police station in Manila during their regular monitoring activity. Since Duterte waged the war against drugs on the streets of the Philippines, the number of  overcrowded prisons also accelerated. If  being on the street means facing the risk of being shot by law enforcement as drug suspects on a daily basis, why not surrender and survive the cramped detention places?

Additionally, one of the key findings from the research “Does Torture Prevention Work?” , a global study commissioned by the Association for Prevention of Torture (APT) is  that the use of secret cells heighten the risks of torture and ill-treatment against detainees. With these references in mind, I drew this short comic about José.